It’s been a while - I’ve just been busy with work and somehow I’ve been hit by spring fever (it’s a real thing, look it up, it even has a Wiki entry!), meaning I’ve been really tired and mostly just taking naps whenever I wasn’t working. Hey, that’s a perfectly acceptable way to spend an afternoon!

But due to that laziness and tiredness, I wasn’t really in the mood to cook sophisticated dinners, and that’s when I came across this beauty! The Viking boyfriend was out for the night, practicing archaic sports where he tackles and hits other Vikings (he plays American Football), so I decided to use my freedom and make something for dinner I couldn’t normally make, because of his completely unjustified hatred for all things cheese. Well, not all. If it’s on a burger or baked on lasagna, he’s cool, but as soon as some farmer somewhere has spent some time and effort trying to make a great cheese, the Viking will want to smash it with his mighty Viking hammer (I might have recently seen the “Thor” movie… my boyfriend only very rarely smashes things with a hammer). Where was I? Right. So there I was, wanting to make something nice for dinner, but not wanting to spend too much time. So I searched around for some recipes with goat’s cheese. Turns out, most people want to crumble it over salad, but that didn’t really sound too tempting. But then I found some tartes, e.g. with asparagus and spinach… mmmmh!

But I’ve always been a sucker for the combination of goat’s cheese and fruit. Add some honey to that mix and I’m sold, starting to drool like Pavlov’s dog! So this little tarte comes across all fancy, but it’s super easy to make (since it uses ready-made puff pasrty dough) and it tastes heavenly! 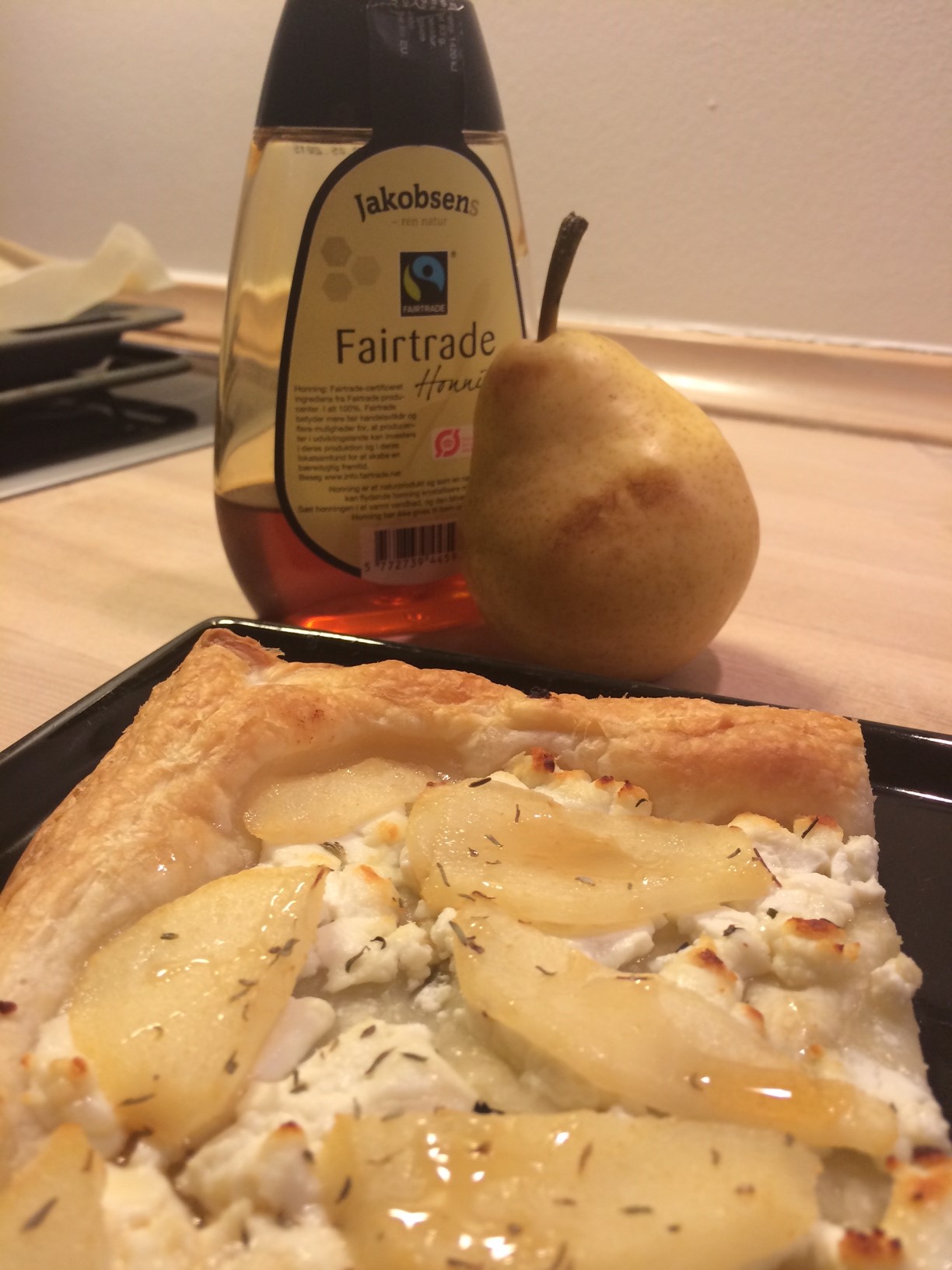 1 package puff pastry (I used the fresh one that’s ready to use from the cooler section - if this is unavailable to you, you can probably also use another type of ready made dough, e.g. thin pizza dough, although this might alter the taste a bit)

200g goat’s cheese (I used goat’s cream cheese, but any type will do)

Roll out the puff pastry dough and fold the edges in about 1cm (not more or it will turn dry). Crumble or spread the goats cheese on top of the pastry. Peel the pears and cut into thin slices. Put on top of the goat’s cheese, spreading evenly. Top off with some dried or fresh thyme and bake according to package instructions. Before serving, drizzle with honey. Best served warm and with a nice cold glass of fruity white wine (I like Sauvignon Blanc). 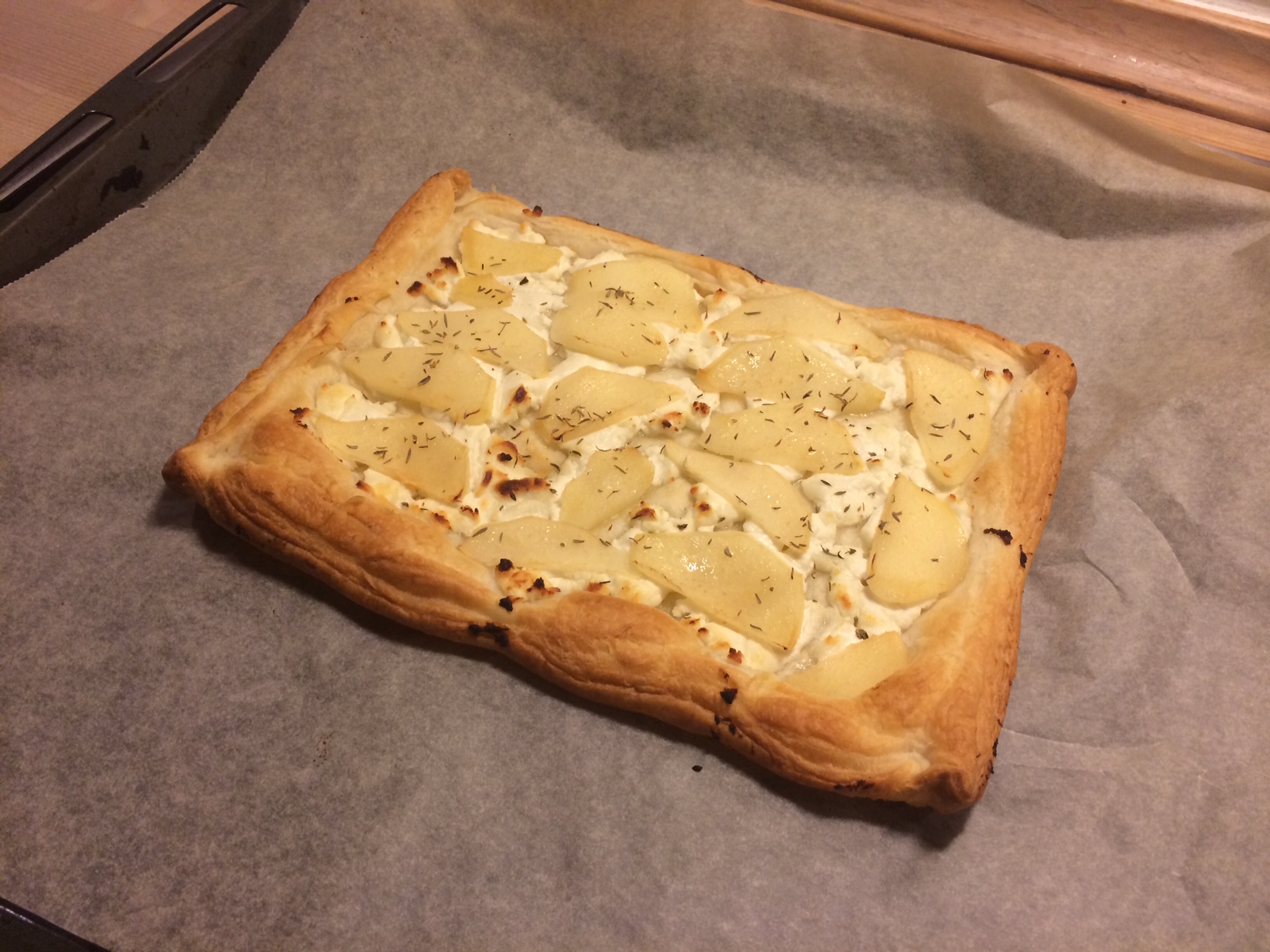 Fresh out of the oven 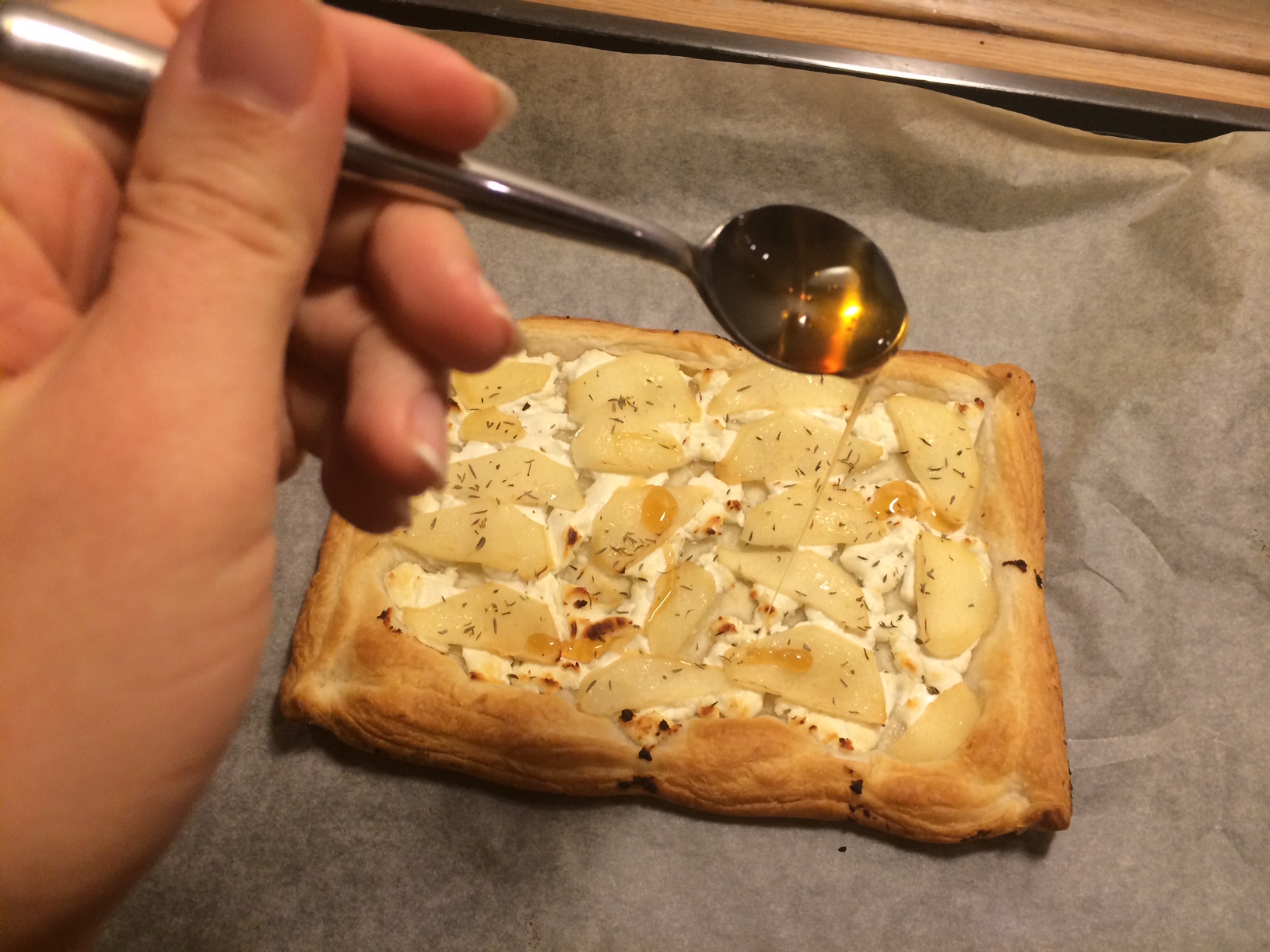 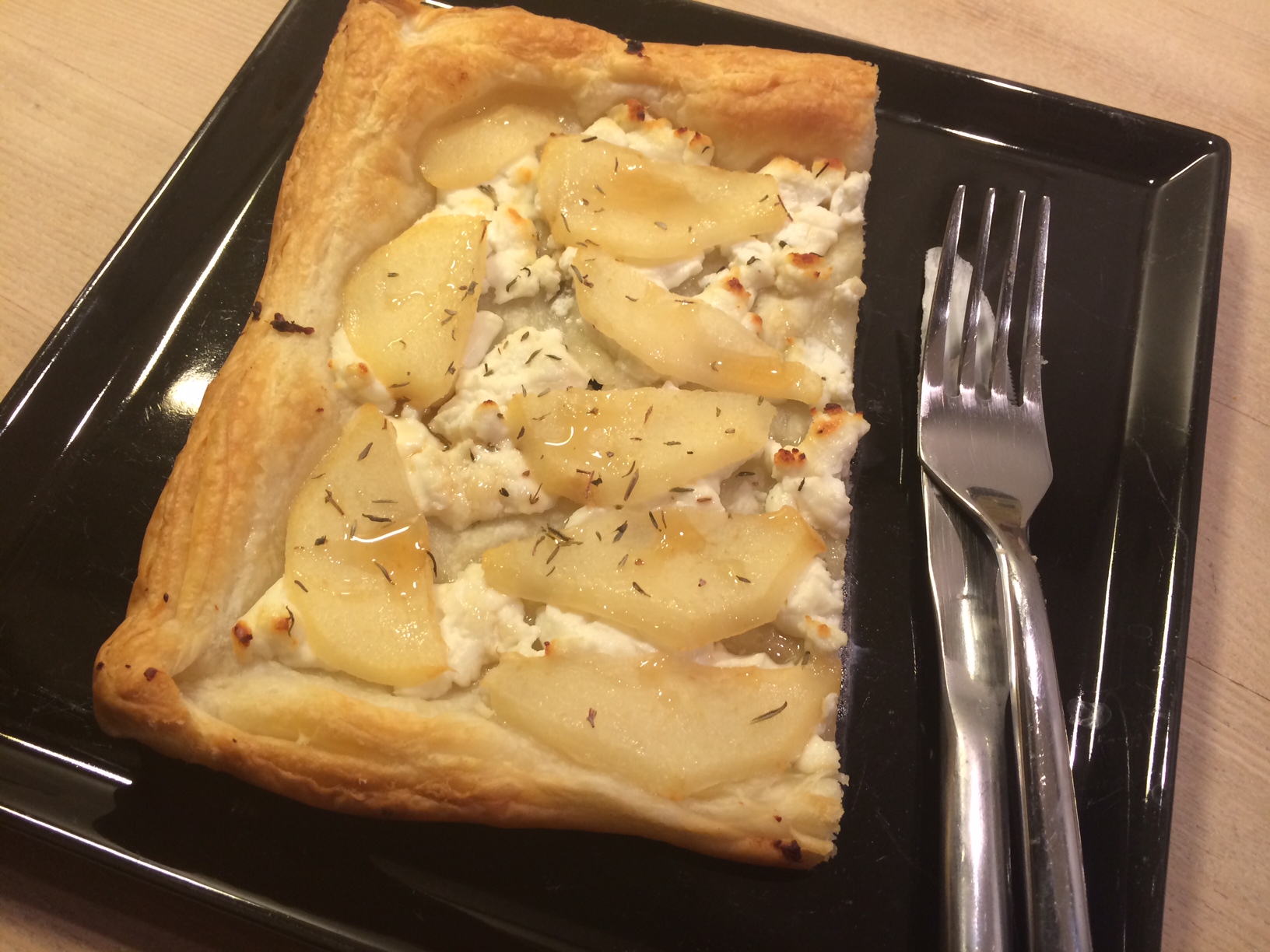