Whether you’re an American living in Denmark, or simply an avid sports fan, the Super Bowl will mean something to you. For all you others out there, it’s the final of the American Football championship (the winner of which is boldly proclaimed “world champion” - never mind that there’s American Football in other countries as well!). This year, it will be played on the 1st of February, in Phoenix, Arizona. Kickoff is at midnight Copenhagen time, so if  you want to watch, you better take Monday off!

American Football is actually relatively big in Denmark. Not as big as soccer, handball or tennis, but definitely bigger than in other European countries (my main point of reference here is Germany). The league games, playoffs and the Super Bowl are usually shown on TV here, and Denmark even had a very successful player in the NFL: Morten Andersen, “The Great Dane”, who played the position of kicker. Denmark also has a national football league (which the Viking boyfriend plays in) and some of the top teams regularly qualify for match-ups across Europe.

This year, it’ll be the New England Patriots against the Seattle Seahawks - East Coast vs West Coast. I wanted the Colts to advance to the Super Bowl (after my Saints didn’t make the playoffs this season), but between these two contenders, I have to root for the Seahawks. I really liked them last year, but I feel like they got a bit too cocky this season. But I simply hate Tom Brady, so I’d love nothing more than to see him lose yet another Super Bowl. I’m evil. Sorry. 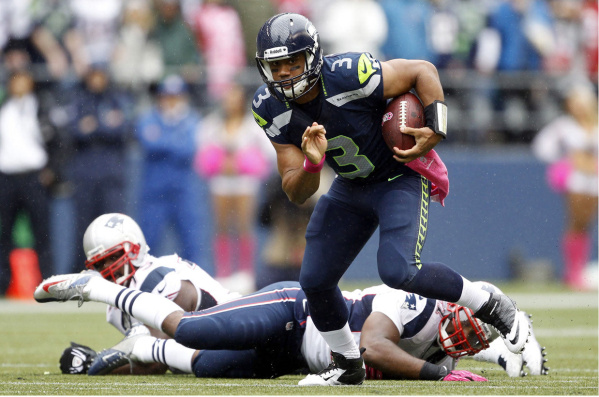 Photo via The Columbus Dispatch

So yes, the Super Bowl will be on TV, so you can watch it from the comfort of your own couch, where it doesn’t matter if you fall asleep in the 3rd quarter (which will with 100% certainty happen to me). But if you feel like making an event out of it, I’ve compiled a list of places where you’ll be able to watch the game, have a beer and maybe even some typical American food for the occasion (think wings and nachos here). Some of them might even have the original NFL feed - this is a huge plus if you, like me, can tend to think the Danish commentators are annoying!

Are you going to be watching the Super Bowl? And who are you rooting for?