One of my very favorite things about Copenhagen, as I’m sure I’ve mentioned before, is its proximity to the sea. There’s water everywhere, and it’s awesome. We have the harbor, which is a central part of the city’s urban landscape, with key landmarks such as the Opera and the Royal Playhouse located on its edge. You can take a harbor bus, or rent boats, and even Sweden is within sailing distance.

We have the lovely canals of Holmen, Christianshavn, and Sluseholmen, and we have harbor baths to cool off in the summer. We have events that are centered around the water, such as the Red Bull cliff diving event, where world famous divers jump off the Opera building.

And we have beaches. Amager Strandpark, Charlottenlund Beach, Svanemølle Beach, and - one of the most famous, and in my opinion, most beautiful ones - Bellevue Beach.

Located in Klampenborg, just about 15 minutes North of Copenhagen, it’s approximately 700 meters long and located right off of Strandvejen, the famous coastal road that stretches along the East coast of Sjælland all the way up to Helsingør.

The beach is only about a 5 minute walk from the S-train station Klampenborg, and is in close vicinity to Dyrehaven park and the world’s oldest amusement park, Bakken.

END_OF_DOCUMENT_TOKEN_TO_BE_REPLACED

Two weeks ago, my mom was visiting us again. She tries to come every two months or so, and then stays for about three days, often also during the week. Fortunately, the weather turned beautiful and warm right as she arrived. Unfortunately, I had twisted my ankle (yet again) and sprained it pretty badly, so I couldn’t do a lot of walking. We had tea at Perch’s and barbecue at the “in-laws” one day, and the next day we took a canal tour and had dinner at Relæ.

Copenhagen is no stranger to the World’s 50 Best restaurants list – world-famous Noma has come out at the top four times (2010-2012, and again in 2014). This year, though, it’s been bumped down to a still very impressive third rank. As of the 2015 list, Copenhagen can boast four of the world’s 100 best restaurants:

Being the total food fanatic and enjoyer of restaurants and dining out that I am, I secretly made the plan to eat at all those top 4 restaurants before the end of the year. Well, maybe before the next list comes out in June 2016 is a more realistic goal.

As of my mom’s last visit, it’s one down, three to go, as we I managed to get a table at Relæ (which I booked the morning after the World’s 50 Best awards had been announced, after which the bookings must have picked up significantly!). Relæ is a new entry at #45 of the list and has one Michelin star. It also won the Sustainable Restaurant Award (given to the restaurant on the 50 Best list with the highest environmental and social responsibility rating).

Head chef Christian Puglisi has worked for both Noma and elBulli before, so has plenty of experience with world-class restaurants. At Relæ, the focus is on excellent food in a relaxed and laid-back atmosphere. You have the choice of either a four or seven course menu, neither of which is revealed beforehand to keep the suspense. Wait staff will ask for any allergies or preferences before so if there’s anything you can’t or don’t want to eat, I suggest to have that list ready in your head. We decided on the four courses. The menus, cutlery, and napkins are hidden away in individual little drawers under the table, which is quite cute.

END_OF_DOCUMENT_TOKEN_TO_BE_REPLACED

Who says Tuesdays are boring?

I’m proud to present a new feature on The Copenhagen Tales, which I’m personally quite excited about, because I think it’s actually pretty cool! Drum roll, please!

It’s a map overview of all my favorite places, restaurants, bars, cafés, landmarks, things to do - pretty much everything I’ve written about, all neatly put together on one single map for your convenience! Looking for a bar in Vesterbro? Just zoom in and look for the bar icon! Want to know where to find good street food in the city? There’s an icon for that, too!

If you click on “Map overview” in the menu under Copenhagen, this will take you straight to the site:

Here, you’ll find the map with a bunch of placemarks:

Clicking on a placemark will give you the name of the place (restaurant, bar, landmark) as well as a teaser picture and - practically - a direct link to the post or posts I’ve written about this place.

I’ve already added a whole bunch of places to the map, but I’m far from being all the way through my archives, so bear with me as I keep adding more and more placemarks. In the meantime, I’d love to hear what you think! So go give it a try, and let me know how you like it! Here’s the link to the Map Overview page. 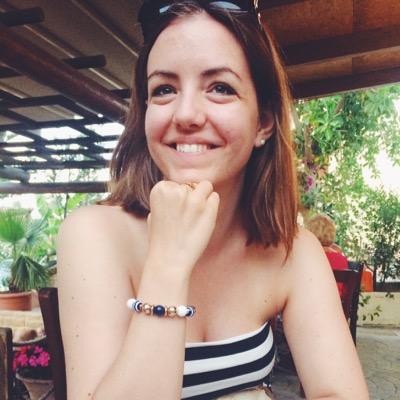