I’ve recently read quite a few articles and blog posts about experiences with learning Danish, and then speaking it in the presence of Danes. It seems that most foreigners actually don’t have very positive experiences in how their attempts to speak Danish are received by native Danes. Many recount being patronized, getting sentences repeated back to them in a singy-sangy voice as if teaching a child how to speak, or being told that they really need to learn Danish (which they obviously already were).

I have to say, my own experiences with this part have been quite positive. I reached fluency in Danish relatively quickly, but (a) I absolutely think that being German helps tremendously, as the grammar is pretty much the same and many words have common roots, and (b) I’m a language person, meaning I’m quite good at hearing how a language is supposed to sound and picking up on things relatively quickly (on the other hand, if you tried to teach me the basic laws of physics or how to throw a ball further than 5m, I would fail miserably). So that naturally helped me, but I also enjoyed learning a new language. I’m already on the lookout for a new one to start once complete my last Danish course at the end of the year. When I speak Danish to Danes, I don’t get those kind of reactions, luckily. If I get any reaction to my Danish, it’s usually a positive one, and people express that they really like that someone is learning their language. They also usually acknowledge that Danish is a difficult language to learn, so they don’t have crazy high expectations. 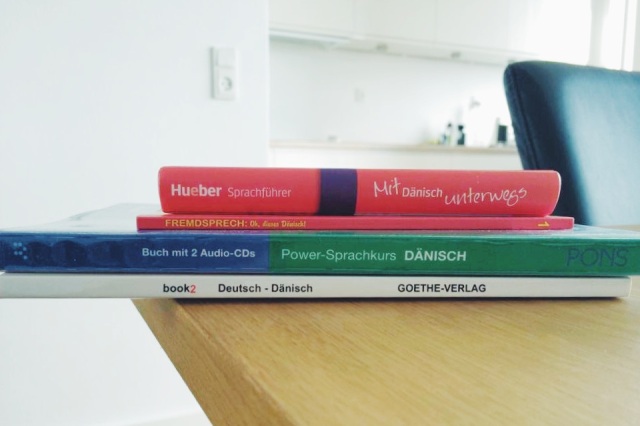 When you come to Denmark as an immigrant and you register with the municipality, get your CPR number and all that, you are also entitled to up to three years of Danish language education - for free! I strongly encourage anyone moving to Denmark to take advantage of this offer, for these very simple reasons:

But, it remains a subject that’s not always easy for foreigners - much like learning the language itself. We might already feel a bit vulnerable as we’re far from perfect in Danish, so we feel more easily offended or patronized if a Dane doesn’t react in a way we would like them to. So, here are my kind requests to the Danes:

Finally, I’m leaving you with this hilarious video, made by a Norwegian comedy group, which pokes fun at the fact that even Danes often don’t understand each other! But I’d love to hear from you: What are your experiences with learning Danish? Did you find it hard to learn, or are you still struggling? How do Danes react to you?