Yay, it’s Wednesday - that means only two more days until the weekend!

And to celebrate this very special occasion, I thought it was time for something completely new: a healthy recipe!

After writing about cookies, chocolate and other sweet delights, I felt like it was time to share something savory and healthy for a change: a vegetable quiche! I made this last night for dinner, and even the Viking liked it – I should mention here that he isn’t the biggest fan of “green stuff”, which can be understood as a synonym for vegetables, although there are some that he likes (e.g. peas, but I mean, how can you not like peas? They rock!). I’ll admit that I did put some pieces of bacon on his half of the quiche, though – a true Viking doesn’t go meat-less!

The nice thing about this recipe is that you can basically use any veggie you are particularly fond of. I would refrain from tomatoes, though, as they are quite watery and would probably prevent the egg from stiffening. I’m posting below the recipe as I prepared it, and it turned out quite yummy! But I could also imagine mushrooms, onions or corn to be a tasty addition to this dish. I also have a killer recipe for a quiche with salmon and spinach, but that’s for another time :)

1 pre-made Tarte dough (in the refrigerated section) – if you want to make your own dough, here’s a recipe)

1 cup peas, frozen (I don’t have exact measurements, just use as much as you feel like, about 2 handfuls or so)

Pre-heat oven to 180 degrees. Peel the carrots, rinse the bell peppers and cut into small cubes. In a large bowl, stir together eggs and crème fraiche. Season generously with salt and pepper. Add chopped vegetables and frozen peas. Stir in grated cheese and bacon cubes (if you want them in the entire quiche). Grease a tarte or pie baking form and put in the pre-made dough. Transfer egg-veggie mixture into the form and spread evenly. If you, like me, only want the bacon on half of the pie, put it on top now. Bake for about 45mins or until a knife inserted in the middle of the pie comes out clean. Serve with a green salad on the side. 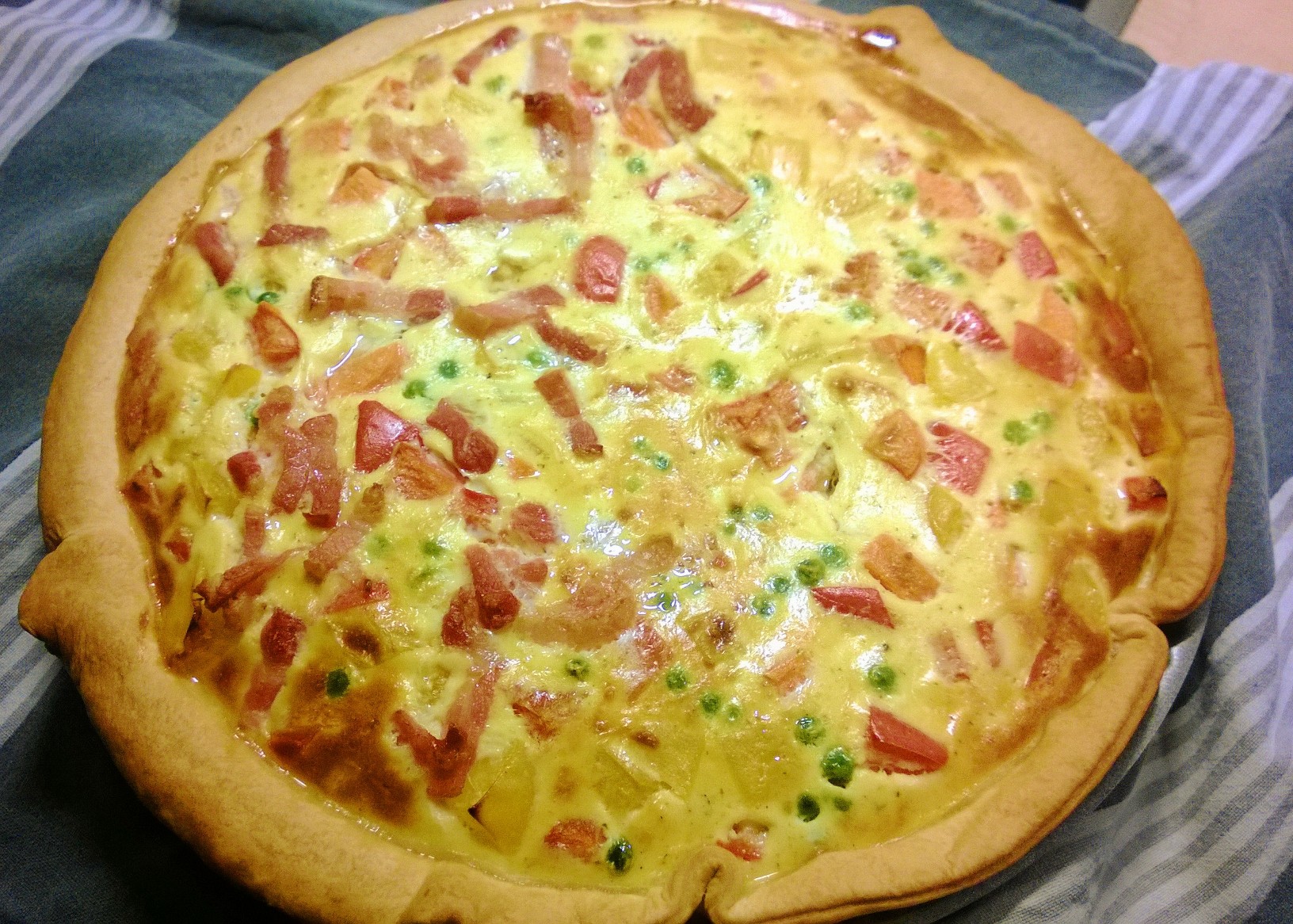 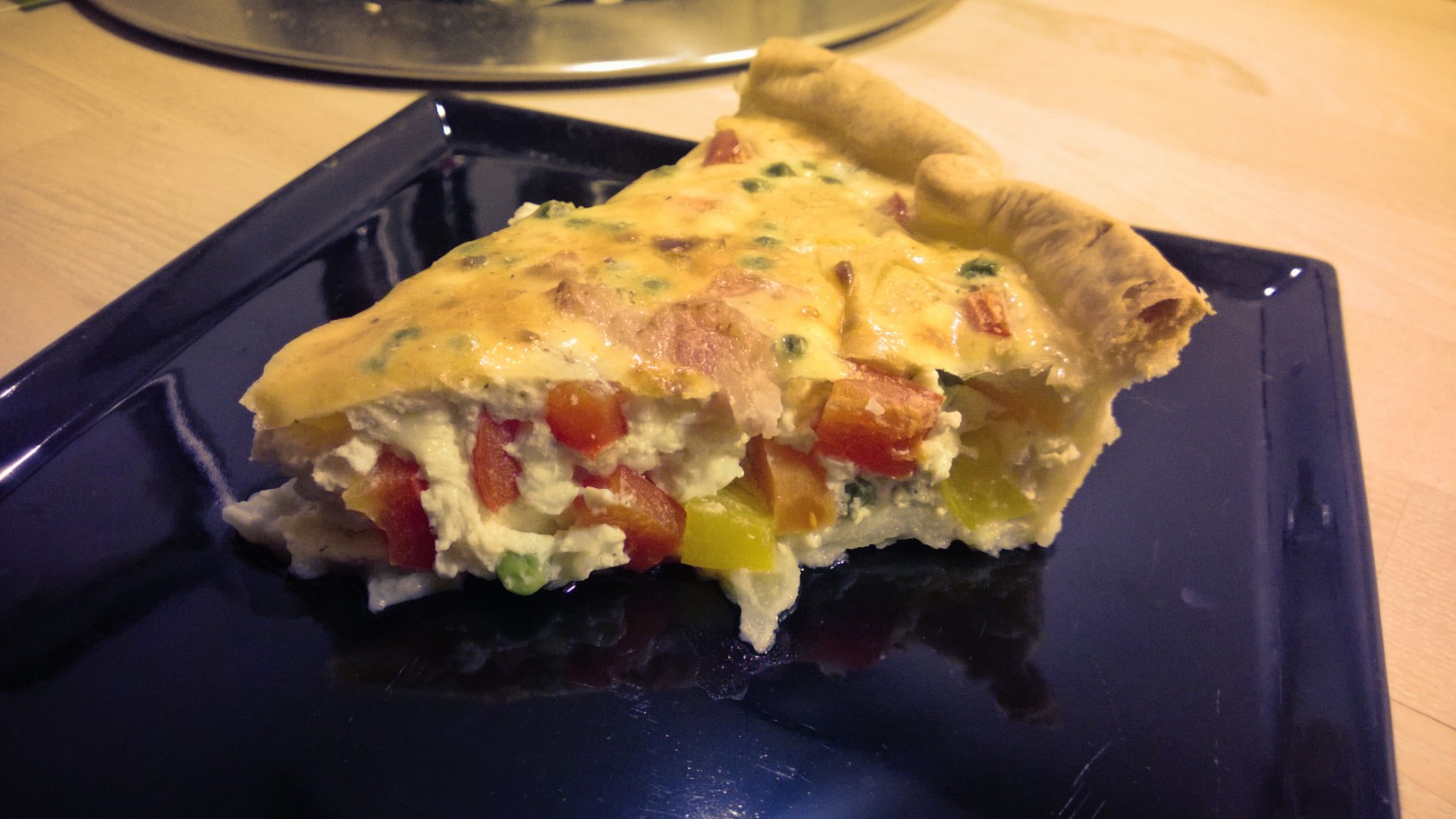